on January 25, 2022
After Sarah C. raved so much about the first book in the Blood Brothers series, Heart Thief, I knew I had to share a blurb from book two, Monopoly Daddy which comes out on February 15th...
From the blurb: 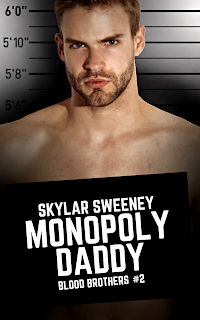