When I grabbed Bed Warmer, I hadn't realized that months ago, I'd read the first of this series, Fifteen Minutes of Fame. Not until I saw the names of the couple in the first book and remembered just how much I had loved it! I was suddenly filled with an incredibly high set of expectations. 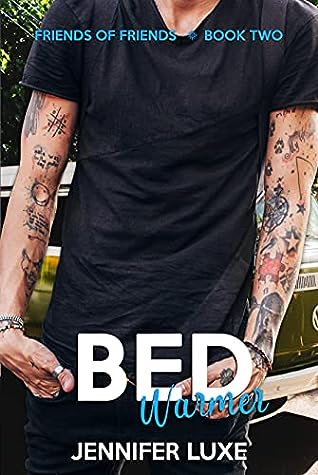 My luck with finding a steady, committed relationship is so bad it should be in a record book. Not only did my last serious boyfriend use me to cheat on his girlfriend, but this other guy I’m in love with that I’ve known practically my whole life can’t see me as anything more than a fuck buddy. Well, I’m done with trying to find a guy to be with long-term. Screw commitment, it only causes heartbreak.

Damon Vance is exactly what I need. Initially, we’re both looking for a one-night stand, but the scorching heat and chemistry between us are hard to forget. He needs someone who can keep a secret, namely the one about his marriage being a sham, and I need someone who can’t give me anything more than sex. Problem is, my heart is getting more and more invested the longer we spend together. On top of that, there’s a surprisingly sweet side to Damon that’s tearing up my resolve and making it hard to remember that I’m just his bed warmer.

When I met Kayden Lee for the first time in a club, all I saw was a gorgeous man with long hair, tattoos, and a sunshine smile. From that first glance, I knew I had to spend the night with him. Sparks fly between us and the chemistry is off the charts, but there’s a problem: my wedding’s the next day, and Kade is a guest. He’s also the younger brother of one of my employees, an important fact I didn’t know when I picked him up at the club.

Despite the complications, our one-night stand turns into a mutually beneficial arrangement that has me wanting as much of Kade as I can get. I never thought I’d actually want to be committed to someone, but Kade is changing my mind faster than I thought possible. Suddenly, this marriage of convenience isn’t so convenient, and the person I really want seems determined to keep me from loving him like he deserves.

**Bed Warmer is a full-length M/M romance novel featuring a found family that keeps growing, even more tattooed hotties, and a hookup that leads to a HEA. This is the second book in the Friends of Friends series and can be read as a standalone.

I am pleased to announce that this book not only met but exceeded said expectations.

Bed Warmer is the story of Kade and Damon. Kade is the brother of Michael from book one and a man who has had very bad luck in the dating game. His ex-boyfriend of over a year cheated on him - or more accurately cheated on his even longer term girlfriend with him and now won't leave him alone - months later. Damon is about to enter a marriage of convenience with his lesbian best friend so she can take over her father's fashion design company - eventually. Neither of them are looking for more than one night, but the intense chemistry between them and the mind blowing night they share together - incidentally the night before Damon's wedding at which Kade is (unknowingly) a guest - makes it very hard for it to be just one night.

The characters in this book were amazing. The relationship between them was hot and the chemistry was palpable, coming off of the pages in waves. They were one of those undeniable couples that as you read more into them, you can imagine entire futures for them both as a couple and as individuals. And the side characters in this book? Absolutely chef's kiss. I loved Hamza and Zinna and how they related to Kade. I loved Michael and Evan and how they were very involved in both Kade and Damon's life.

And Victoria, Damon's wife? I want to applaud the author for not making her into some kind of villain. She was, instead, their biggest cheerleader. The friendship between Damon and Victoria felt so incredibly real and true and I found myself rooting for Victoria and her happiness as well. Seriously, if this author ever decided to switch it up and write an FF romance just for Victoria, I would be there in a heartbeat.

Bed Warmer is a dual POV, low angst romantic romp of two men who aren't looking for anything more than a night but find so much more than that. I highly recommend everyone pick it up and take the fun escape it provides.

Content Warning: One of the side characters does have a drinking problem and his alcoholism is discussed in the book.