Trash and Treasure by Morgan Brice 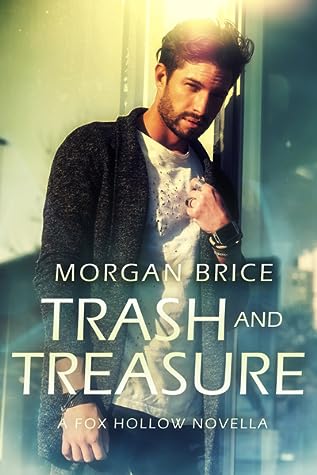 I do not typically read shifter books, but I like raccoons and it was short so I figured why not give Trash and Treasure by Morgan Brice a try?

Raccoon-shifter Mico Foley drives a garbage truck in Fox Hollow, a job that keeps a roof over his head while he pursues his true passion—creating art with found objects. He fears he might never find a mate—until he falls hard for the sexy new baker in town. But will a hottie like that fall for a guy like him?

Possum-shifter Jack Hargrave is the new night baker at Bare Necessities Cafe, his big opportunity to do what he loves most—creating irresistible confections. He didn't move to Fox Hollow to find a mate, but the handsome truck driver who empties the cafe's dumpster has stolen his heart. Could a hunk like him still care when he finds out Jack's secret?

While this is set in my Fox Hollow world, it can be read as a standalone.

Mico is a raccoon shifter and a garbage collector. He makes found art and he has a massive crush on the baker, Jack. He doesn't even know what Jack's shifter form is, just that he is drawn to the other man and looks forward to his nightly trip to the bakery to taste test donuts. Jack is a possum shifter and he spends nights perfecting donuts to not just sell at the bakery, but also to share with Mico.

The two men are both adorable. Their conversations with their shifter counterparts had me laughing the entire time - especially Mico and his inner raccoon who is no longer allowed to watch Guardians of the Galaxy because its a bad influence on him. That little bit had me dying.

Also can we just laugh at the fact that the raccoons name is Mico - which I keep pronouncing like Meeko - like the raccoon sidekick from Pocahontas. It didn't click for me until about 75% into the novella and I groaned so hard at how terribly hilarious it was.

Basically this book is amazing. Its an incredibly short, low angst novella that served as a great pallette cleanser between bigger books and had me rolling. While I probably still won't read a great many shifter books, I'm glad I stepped out of my genre bubble for this one.