To Take A Quiet Breath by Fearne Hill

"You have fifteen years of patience and love, all stored up. Everything is telling me you've found someone worthy of it."

Find out if Sheena thought that the couple in this book found someone worth it in her review of To Take a Quiet Breath by Fearne Hill, book three in the Rossingley series. 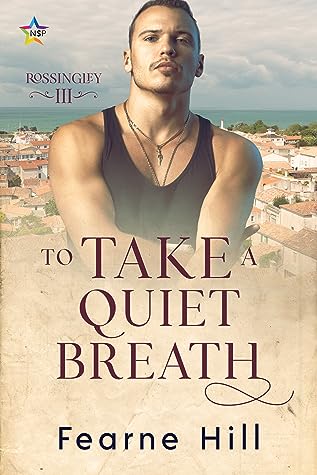 This isn’t a romance about chiseled, lantern-jawed college kids boasting V-cut abs. There are no marathon steamy sex sessions, not without having at least one nebulizer on standby anyway.

Marcel Giresse, the thirty-six-year-old Director of Finance at the French Ministry of Justice, is happy to leave all that nonsense to his oldest friend Lucien, the sixteenth Earl of Rossingley. In fact, Marcel is too short of breath and too set in his nerdy ways to ever think about sex at all. Which is a shame because the prisoner serving a sentence for murderer that he’s just interviewed is smart, intriguing, and hot as hell.

Guillaume Guilbaud is approaching forty and has wasted his best years rotting in a prison cell. The only interesting thing that has happened to him since his best friend Reuben was released is taking part in a series of interviews with a disarming and charismatic civil servant named Marcel. As if that friendship could ever materialize into anything, especially as he feels so ill-prepared for his imminent life on the outside.

But after a chance meeting at Rossingley, Guillaume finds himself renting Marcel’s annex and desperately falling for his sweet, chronically ill landlord. Which is crazy, because Marcel is celibate, posh, clever, and fundamentally out of Guillaume’s league. Furthermore, Marcel also has far too many interfering friends and concerned relatives determined to ensure he doesn’t become any more attached to the mysterious ex-con he’s shyly let into his life.

To Take A Quiet Breath is a slow-burn romance because Marcel is too breathless for a romance at any other speed. It’s about two men finding that love can quietly creep up on you no matter how many obstacles are thrown in its path and discovering that as long as an inhaler is readily at hand, anyone can swing from the chandeliers.

I love this series so much I can't even tell you. The first book is one of my favourites of the year and the sequels are not far behind. I fell for Lucien hard in the first book and I'm glad he stuck around until this. I was concerned at the start how it would all tie with Rossingley but I worried needlessly, Fearne Hill made it all work. You could technically read this as a standalone but I'd urge you to read the other two books in the series first, not only because you will gain an appreciation for the world Fearne has created, but because the books are wonderful and you won't regret it.

Guillaume we met briefly in the second book as he was Reuben's friend and cellmate and I'm glad to get to know him better. Howev
er, it was Marcel that stole the book for me. Lucien will always be my first love but Marcel is a close second. He's nerdy, super-intelligent yet scatterbrained and always thinks the best of people. I love that he doesn't let his asthma rule his life more than it has to.

These two needed each other, they each give the other what they've been missing and they're perfect together. I hated the small-mindedness of Marcel's sister and the odious Simon though, and I was never happier than to see Simon kicked to the curb. Also, the side plot with Dominic and Antoine was an absolute hoot. This book made me laugh and cry and really, what more can you ask for.

As long as Fearne Hill wants to write Rossingley I will read, and recommend and gush about these stories as much as I can. It's a wonderful series.

This book was an absolute joy to read. I loved the quirkiness of the story and of the characters. The way the 2 MC's meet and just fit together with ease...there's no high angst but just a discovery of themselves at the same time of each other. There's laughter and the usual shenanigans ... and the joy of discovering love. It's poignant and sweet, and just a beautiful book to read. 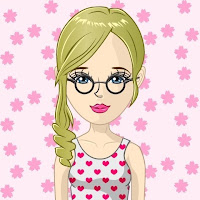 We interviewed author Fearne Hill on the blog yesterday -

Check out her 10 Things About interview here!