on October 05, 2021
When Laora reviewed Dance With Me in early September, the first thing she asked was would we be reviewing the second book and the answer is yes and then she asked if she could be the one reviewing it and I said of course... so she is looking forward to sharing her thoughts with you, but until then here is a small teaser of Poles Apart:
The Blurb: 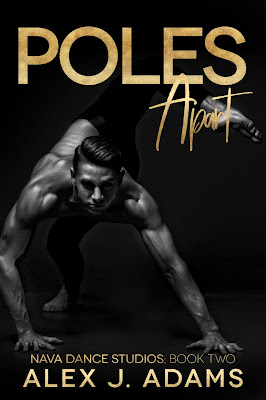 "Passion, that’s what Dom had, passion for pole dancing, and nothing would stop him following his dream
But a call in the middle of the night, had him running home, leaving the life he loved. His brother needed him and to Dom, family was always important.
So here he was, back where it all began and where it had all ended.
A chance meeting, a reconnection with the one he thought he’d lost forever.
He’d been sent to tempt him that was for sure and he didn’t think this was ever going to be enough for Jacob, he needed and wanted it all from him again. Tears pricked his eyes as he remembered how he’d almost lost him, had almost had to live his life without him.
Yes, he wanted everything, his mind, his soul and most importantly his heart. He just hoped he was willing to give it
Poles Apartt is the second in the Nava Dance Studios series and whilst it can be read as a standalone, it would be advantageous to read book one, Dance With Me, first.
This is a story of second chances, lost loves and reconnection. A story that will warm your heart and is guaranteed to leave you smiling. Trigger warnings: homophobia and attempted sexual assault"
The Excerpt: 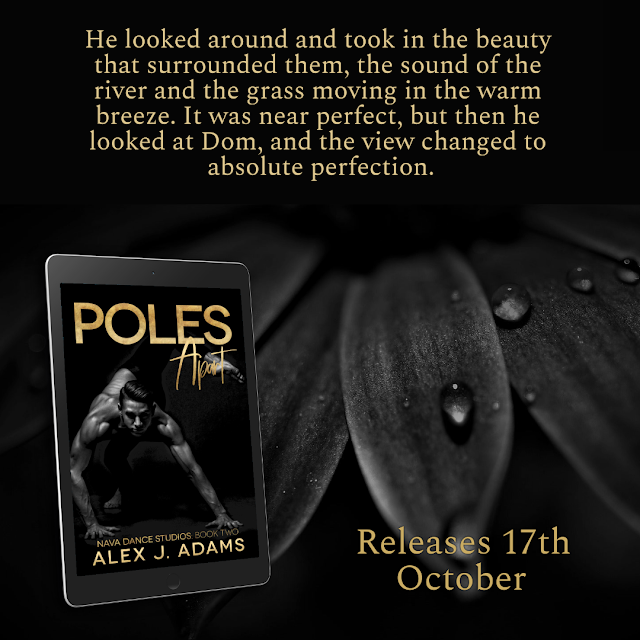