Catch Me If I Fall by Noah Steele 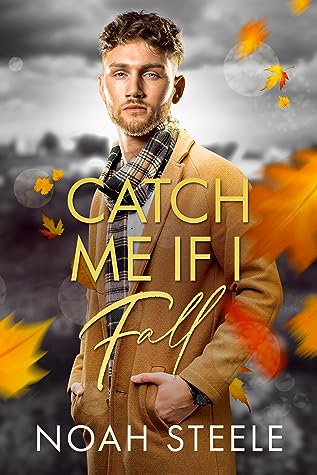 Jasper and Fox were best friends for their entire life - until they weren't. Fifteen years later, they're back in their hometown and old feelings bubble to the surface in Noah Steele's Catch Me If I Fall.

Cole
Jasper Fox was my first friend, my first fantasy, and my first heartbreak. When I confessed my crush at seventeen and he pulled away, I got scared and left town without saying goodbye. Fifteen years later, we’re both back in Sugar Hills, and all I want is closure. But when he proposes a flashback tour through our friendship, all my feelings come flooding back.
When our reunion leads to romance, is the fall worth the pain of losing Jasper again?

Jasper
By the time I realized I'm not so straight, Cole was gone, and I was confused and alone.
Now I’m back home, between jobs, and looking for a second chance. I need Cole to know he was never just my best friend. The closer we get, the less I want to be without him, even knowing I’ll eventually be leaving town again for my dream job. Maybe it’s my turn to put my heart on the line so I can prove to Cole my feelings are real.
I didn't know how to catch him when we were kids, but I'm finally ready for one last fall.

Catch Me If I Fall is a best-friends-to-strangers-to-lovers, second chance, MM romance that also features meddling friends, a curious library cat, and a fluffy fall small town Canadian setting. It's low angst, swoony, steamy, and packed with tons of early 2000s nostalgia.

Sarah C's Review:
I love a good second chance romance, and Catch Me If I Fall by Noah Steele provided that.

This book tells the tale of Cole Bixby and Jasper Fox, two best friends who become estranged after high school when Cole admits his feelings for Jasper. It takes Jasper time to wrap his head around his best friend's admission and by the time he's ready to act on it, Cole has left town. Then, they don't see one another or talk to one another for fifteen years. When they both end up back in their small town, its a combination of hatred for how their friendship ended and long suppressed yearning.

The characters in this book are good, and I was able to relate to them fairly easily. The romance came with very little angst, especially once they both admitted that there was still something between them. I felt bad for their third best friend, constantly having to put up with their shenanigans. However, after getting to know the characters, I couldn't understand why neither of them reached out over the fifteen years, how they could let the friendship that they claimed to be the cornerstone of their life completely fade into oblivion.

It doesn't even feel as if either of them tried to bridge the gap in that time. It doesn't seem to make sense for the ways the characters seemed to be portrayed.

Other than that, the book was pretty well written and drew me in. I give it a high four star review, because beyond the lack of attempt of reconciliation over the decade and a half they were missing, it felt like there was something else missing that I can't quite put a finger on. However, I would still recommend this book for a light and fun read.

Rating: 4.5 Stars
Heather's Review:
I hate being the second person to write a review on the blog post because the first thing I wanted to write is "I love a good second chance romance" and Sarah wrote it first... but it's true - Noah Steele's Catch Me If I Fall is a really good second chance romance with some out for you elements and just a hint of angst...
I also agree with her that there was something missing in the way two otherwise best friends didn't have any communication at all for 15 years and I also had a bit if a timeline issue with the way the epilogue was written, but all that is minor...  Noah Steele created beautiful characters in Cole Bixby and Jasper Fox and the ability to mix their past and present in the book was very well done.
If you're looking for a sweet and steamy second chance romance, you'll enjoy Noah Steele's Catch Me If I Fall, especially if you can curl up and enjoy in on a crisp fall day...
4.5 stars Contemporary Friends to Lovers Heather Sarah C second chance