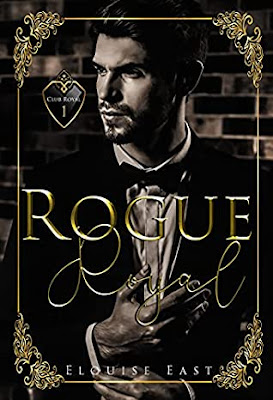 Welcome to Club Royal, where your deepest desires are no longer a secret...
Douglas is the spare heir, and he chafes at the restrictions placed on his extra-curricular activities. He wants nothing more than to lose himself in someone else, but too many people are out for what they can get from him, including a membership at the exclusive and highly confidential Club Royal.
Maverick was given the role of social media manager to Douglas as punishment for showing up his boss two years ago. Try as he might, he has not been able to get a transfer, though it could be because he is too damn good at his job. Despite being given the exclusive membership to Club Royal, he doesn’t use it...it’s just not his kind of thing.
When Douglas figures out Maverick’s weakness, he wants to be the one to teach Maverick everything, and it sends them on a journey neither had anticipated.
Can Maverick trust his body to a man who can have anyone he desires?
This book contains sensation play, BDSM scenes and D/s dynamics in all forms. It also has lots of loving, friendships, family drama and, of course, a HEA.
Heather's Review:
I am a sucker for sensory play and a responsive dom and you get both in Rogue Royal.  Not only do we get to explore the burgeoning D/s relationship between Douglas and Maverick, we also get to see how both of them grow in their roles and as people!  Doug is a misunderstood man with so much to prove and Mav is just trying to hold on while life (and Doug's penchant for being photographed in compromising positions) keeps him going on the fast track!  Their relationship and the slow build to their first encounter was perfect.
I love how Elli interweaves the secondary characters into the flow of the novel, setting up many potential story arcs for the future and slowing introducing us to the various arms of the royal family and the future Club Royal books!  Rogue Royal is a well written, incredibly intricate story that will drag you into the Club Royal world and make you desperate for more!
My only trigger warnings: Ignoring of Safewords by non-MC characters and implied Non-Con/Dub-con.
5 Stars ARC BDSM Boss KU Romance Series slow burn steamy Trigger Warning