Since starting the blog, I have had much less time to binge read series, and I love it!  Finding something complete in an author's backlist and just following the entire story arc from beginning to end is magical!  I was honestly surprised that there was a Kate Hawthorne backlist series I hadn't read at least part of, but Goodreads came through and told me that Giving Consent was the last one to tackle.

The MM Romance Reviewed Facebook Group had three series to choose from and this one got the most votes - so it went on the list and then September got crazy busy - between growing the blog team to twenty members, working on a secret project and learning WordPress so I can eventually migrate the blog over to that platform, I didn't get a chance to start the first book in the series, Worth The Risk until this weekend and I decided that I needed a good binge - so I started Thursday night and finished up earlier today and here is the low down on the series: 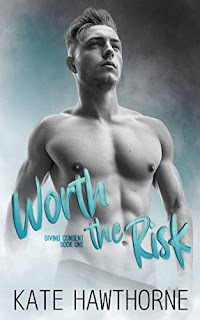 At eighteen, Landon Miller was sure about two things--he was a submissive and he was going to be with Gregory Douglas for the rest of his life. That was until parents and school got in the way, and he found himself in New York, thousands of miles from the man who had learned how to take him in hand. Feeling abandoned by the personhe’d come to rely on, Landon has no choice but to set his sights on a new and lonely future.
Years later, behind the bar at Rapture, the BDSM club he’s built on a foundation of disillusioned dreams and broken bricks, Landon finds himself face to face with his favorite memory and greatest regret—Gregory.
Seeing his first love again is the only inspiration Gregory needs to commit himself to forging his way toward the future he always envisioned…one with Landon yielding and bending to his command. Determined to recapture the magic of their first love, Gregory works to right the wrongs of their past so they can move on together.
Battling through the resentment from their youth, Landon is unexpectedly called back to New York, and Gregory can’t help but fear the past is repeating itself. Fighting familiar feelings of helplessness, he makes the decision to give Landon what he needs, even if that means not chasing after the man he adores…again. Gregory can only hope when Landon returns, he won’t throw away the love they’ve fought and risked everything for. 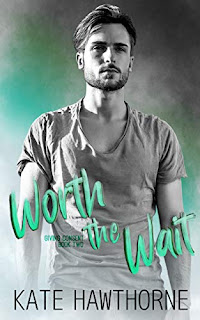 Finally ready to dip his toe into a lifestyle he’s only been a bystander to, Callum Jardine convinces himself long-distance is the safest bet, and he activates an online dating profile. Almost immediately, he receives a message from DaddyJM, a handsome, older man who lives across the country and offers Callum far more than he ever expected.
Jack Martin has no intention of getting involved with anyone seriously, let alone with someone who lives so far away. It’s been so long since he had someone worth taking care of though, and Callum triggers all of his Daddy inclinations. Jack is smitten from the start, eager and willing to give Callum everything he wants and more…except proximity.
After an unplanned hospitalization, Jack is forced to confront his fears about commitment and finds himself three-thousand miles from home with a shocked and stunned Callum finally in his arms. With Callum’s overwhelming eagerness and Jack’s fears unwilling to abate, navigating togetherness proves to be more work than they bargained for.
Finally figuring each other out, Callum and Jack settle into a comfortable routine juggling home, work, and each other until an unexpected encounter shatters their world. Faced with making another new start, they need to find the strength to rediscover what was lost and rebuild what’s been broken. Time may heal all wounds, and the road to recovery is a hard one, but as long as they’re together, Callum and Jack will learn that love is worth the wait.
Worth the Wait is the second book in the Giving Consent Series. It can stand alone and is 66,000 words of dirty Daddy kink that starts online and becomes very real. For other content warnings please look inside and review the preface. 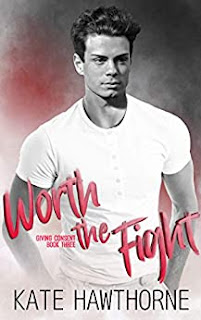 Justin and Micah Townsend thought they had it all. With six happy years behind them, Keith tumbles into their world and throws the expectations for their life and their future to the wind.
Keith Warren thought he'd made the right decisions. After fleeing an abusive partner and starting over in a new city, he's now getting an education about things he never knew existed. With Justin and Micah leading the way, Keith focuses his energy on being a good submissive and a deserving partner.
Micah is quick to see the good Keith can bring to his marriage, but Justin is hesitant. Thinking toward the future, Justin's only concern has always been keeping Micah, and his heart, safe. His worst fears come true when Keith vanishes out of their lives, and his guard is up when he unexpectedly returns.
Justin, Micah, and Keith come together once again in an explosion of desire that forces Micah to admit he wants more than his husband and requires Justin to recognize he has room in his heart for not one, but two partners. With their support, Keith battles against the demons of his youth, making strides towards a life none of them ever dreamed they could have.
But Keith's past becomes all of their present in a shocking fight for dominance that leaves the foundation they've built together shattered. Justin, Micah, and Keith need to find strength to fight through yet another test of their love to reach the happy ending they all deserve.
Worth the Fight is the third book in the Giving Consent Series. It can stand alone and is 75,000 words of sort of second chance menage involving an already established relationship, ice cream, arcade games, and a surprisingly nurturing dominant.
Worth The Chance: 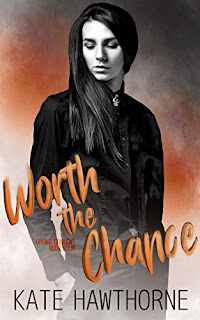