When you nearly hit rock bottom, there are only two options - fall the rest of the way or start to climb up and Daddy's Stubborn is a mid-angst middle Age Play Age Gap book that hits the right notes to create a steamy HEA for Maxim and David. 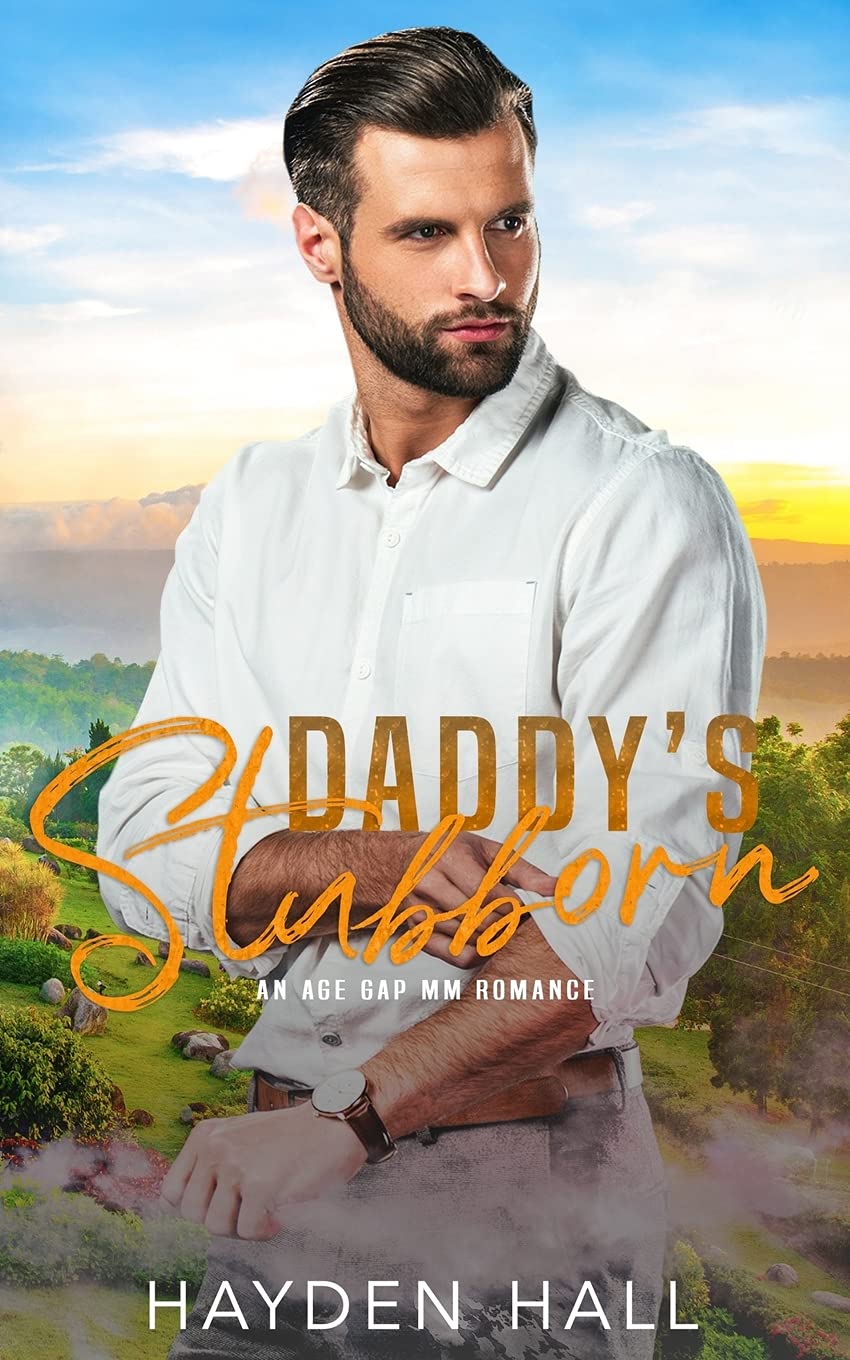 Falling for my temporary host wasn't part of the plan.

David thinks he can save me from the path of self-destruction, but he's wrong. I'm not trying to ruin my life; or fix it. I've given up trying either way.

I have a plan. I'm leaving this city and all the wretched memories behind, but I need to say goodbye to my mother first. Father won't let me. He won't even open the door for me anymore.

The only man to open his home to me is David. He's patient, caring, and sexy as all hell. I don't deserve his kindness. I don't need it. I don't need a man.

But maybe it's a Daddy I needed all along.

All I ever wanted was someone to look after, to make mine. I didn’t expect to find that someone in an angry little con-artist.

Maxim's a heartthrob. He's also a troublemaker; a stubborn one at that. I’d be wise to stay away, but I might not be as wise as I thought.

Every conversation with him is a battle and it takes a war to finally get to the core of the problems. All this boy wants is to see his mother and I’ll be damned if I don’t make it happen. His life is one massive heartbreak, but I can help heal a broken heart.

There's so much good in him the world decided to ignore. No wonder he's angry.

He won't be mistreated ever again; not on my watch. And if he would lower his shield for just one moment, maybe we could both find what we've truly been looking for.

Daddy's Stubborn is a standalone entry in the Healing Touch series. It features one patient and caring Daddy, one stubborn and fiery Middle, and all the heart and steam. Contains mild Dom/Sub dynamic, Age Gap, Age Play, and a very happy ending for all who deserved it. Not Jack. Jack doesn't deserve it.

My Review:
I received an ARC of this book for my honest opinion and I have to say that for me it was a pleasurable read with enough heat and story, but there were just a few places where the characters made leaps of logic or said "i know" instead of delving just that little bit further into their relationship dynamic, and occasionally I felt like it turned a corner before I was ready for a story line to end... if you are looking for a sweet daddy/middle read than I highly recommend picking up Daddy's Stubborn today!  It also comes out on KU on July 15th if you prefer to read that way!