Cowboy Logic - a second chance romance and bully redemption all wrapped up in a sweet with heat Cowboy story.. what more can you want? 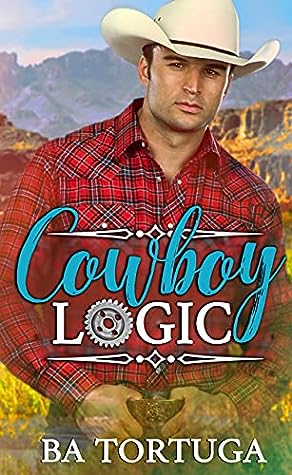 When Anderson “Logic” Whitehead gets a call from his sister that she’s in a dangerous situation, he leaves his California home to head back to Texas for the first time since high school. He’s a different man now, a well-known author and creator, as well as out and proud, so he’s not about to let anyone intimidate him, whether his sister’s stalker or an old nemesis from his bad old days.
Cowboy Jericho Yeager has his land, his kids, and a lot of conflicting emotions about his hometown. When his neighbor Bailey starts having trouble with what his daughter calls a “bad man” Jericho mounts up to help, but he doesn’t find a stalker, he finds Logic, who used to be a skinny, pimply kid. Now Logic is everything Jericho could ever want, but he knows he can’t just grasp the brass ring.
Guys like Logic don’t fall for men like Jericho, and relationships that begin under high stress never last. At least that’s what Jericho tells himself. Logic is used to going after what he wants, so he’s wiling to ask Jericho to give him a try, but even he’s not sure he can get past all of their history with each other, and with their deep East Texas hometown.
My Review:
This one hits so many buttons for me... giving you just a glimpse of Anderson and Jericho as young men before throwing them into a serious situation when 'Logic' has to come home to rescue his sister and stays, not only for Bailey and the kids, but for the gorgeous cowboy next door.  While there is some tension, I would still say that this is a fairly low angst story with good build up and enough heat to satisfy.  While I spent time shaking my head at some of the ways they were tested, it made for a great story!  I highly recommend adding Cowboy Logic to your tbr list this summer!